Last week, from the 6th to the 10th of October, I got the opportunity to attend the #GrandChallenges in #globalhealth annual meeting in Seattle. This year’s anniversary event, attended by over 1000 scientists and researchers, celebrated a decade of progress since the Bill and Melinda Gates Foundation launched the initiative in 2003. It was exciting to be part of this celebration, especially because, for a change, #mentalhealth was on the agenda—albeit still woefully on the fringe.

Coinciding with the 10th anniversary of #GrandChallenges, a group of international partners announced three new initiatives aimed at creating breakthroughs in science and #innovativesolutions. A consortium of partners including Brazil, Canada, India, Norway, South Africa, the United Kingdom and the United States will fund a new phase of Grand Challenge initiatives. The three new initiatives announced in Seattle are: 1. All Children Thriving, 2. Putting Women and Girls at the Centre of Development, and 3. Creating New Interventions for Global Health.

In 2002, when Bill Gates first heard about the Grand Challenges in Mathematics to solve complex global issues on mathematics, it sparked something in him to apply the notion of #GrandChallenges to Global Health, with the aim to bring together the world’s most talented scientists and researchers to find solutions to serious health problems in developing countries — ranging from HIV/AIDS, tuberculosis, malaria, and neuroscience to maternal and child health. The use of science and technology to #innovatesolutions to the global health crisis has remained at the heart of #GrandChallenges since then. In the span of a decade, the #GrandChallengesmovement is evolving into a leading global platform fostering innovation to solve key global health and development agendas.

The announcement of the new initiative “Putting Women and girls at the Center of Development” by Melinda Gates is evidence that the goals of the #GrandChallenges have transformed over a decade. Addressing the Grand Challenges meeting, Melinda said, “Development needs to be more serious about gender inequities and women’s empowerment. By ignoring gender inequities, many development projects fail to achieve their objective. And when development organizations do not focus on women’s empowerment, they neglect the fact that empowered women have the potential to transform their societies”. According to Gates, if we really want to transform societies, there is no other alternative to women empowerment. This got me thinking about mental health and its role in global development.

Before going to take part in this grand consortium, I was pretty confident that mental health was going to feature predominantly, as a signal that change was in the air, and in the same way that women and girls were being brought to the centre, so would mental health. I envisioned a consortium where mental health was a leading public health and development challenge for the world’s best minds to recognize and work hard to solve this challenge in tandem with other health and development issues. However, the reality was quite the opposite. In fact, the ignorance of mental health in the #GrandChallenges consortium undermines its own central mission, which is to improve lives and spread #hope in developing countries. The reality is that mental illness kills more people globally than heart disease. Suicide is a leading cause of death among women of a reproductive age in the developing world. The World Health Organisation has already established that one-third of the global population suffers from a mental health problem. But even as this is the case, it is puzzling to see mental health not included as a “grand challenge” in health.

It would, nonetheless, be unjust to claim that all partners of the Grand Challenges have overlooked this global challenge. The Global Mental Health initiative of Grand Challenges Canada has continuously championed the issue on the international platform as a #lonelywarrior. While announcing the new Grand Challenges Canada initiatives at the #Grand Challenge meeting, the Chief Executive Officer of the GCC, Peter A. Singer reaffirmed its commitment to continue support to find #innovativesolutions in #globalmentalhealth. The growing #globalmentalhealth scientific and civil society community cheered Dr. Singer’s announcement. While it is already urgently necessary for #globalmentalhealth to be recognized as a priority development agenda across the #grandchallenges consortium, there is #hope that the coming years will bear good news. In the same way that the role of women and girls has slowly been recognized as a core issue in development, I am sure that sometime in the not-to-distant future, we will be hearing Melinda Gates talking about the core role that mental health plays in global development as well. 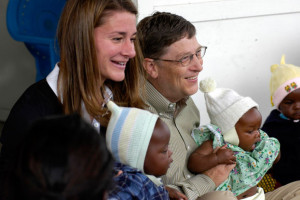