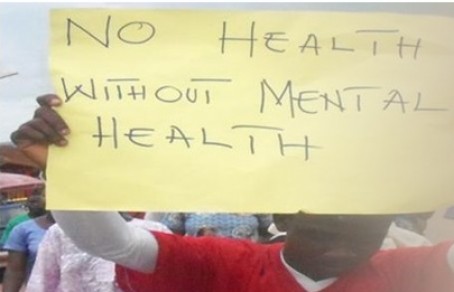 The post-2015 development goals will, as we know, set out the world’s development agenda for the foreseeable future—in the same way that the Millennium Development Goals provided a framework for global development over the past couple of decades. The United Nations is now preparing to choose its new set of sustainable development goals and the Global Mental Health community must work hard to ensure these goals include mental health.

Professors Vikram Patel and Graham Thornicroft have recently published an article in the British Medical Journal, which outlines why the case for including mental health in the UN’s new development agenda is a compelling one.

Indeed their case is compelling. When we think about it logically, it makes sense: poor mental health is a precursor to reduced resilience to conflict, they argue. In the midst of conflict, hope is a scarce resource and instead of teaching hope, “in the aftermath of war people with mental illness are often accorded the lowest priority”. If we think about the seemingly intractable global conflicts of today, from Syria and Iraq to the massacre in Gaza, the call to address mental health concerns as a priority development agenda, and as a result, rebrand mental illness and teach hope to thousands, is most pertinent.

Including mental health in the new global development agenda will also go a long way towards ending the paralyzing stigma associated with all kinds of mental illness. Not least, the most common mental disorders like depression and anxiety would be well on their way to receiving a more hopeful image globally, recognized as issues which affect us all personally and as communities, cities and countries.

Thornicroft and Patel in fact argue that if mental health is included in the new development agenda and mental health systems are globally improved, that would also “have a decisive role in making cities and human settlements inclusive, safe, resilient, and sustainable”. For addressing mental health concerns of an individual is not only beneficial to the person suffering, but when the problems associated with mental illness are given importance by society and a collective effort to address them is taken, it will inevitably create a sense of common belonging, hope, equality and indeed resilience among communities.

This would then also require addressing the income and economic inequalities faced by people who suffer from mental health problems. They have far lower rates of employment, but also, in times of economic recession, a population’s mental health is worse, argue the two professors. If we can thus promote a principle of ‘sustained, inclusive and sustainable economic growth, full and productive employment and decent work for all,” again this too would benefit wider society as a whole.

The narrative which is understood by these arguments is that mental health problems are a global issue that impacts not only those who suffer, but wider society and large populations of human settlements. It is thus, for our collective benefit that we make treatment available to people who are suffering and in turn spread the message of hope globally.

The reasons that we need to push for the inclusion of mental health in the global development agenda are of course many, and only a few have been mentioned here.  But what is important to remember is that the proliferation of mental health problems is the result of collective ignorance of these issues over a long period of time. When we can talk freely about depression, anxiety and other mental illnesses, we can find and develop ways to tackle these issues whether it’s through modern medicine, community-building or teaching hope to young people. What we do know is that the conversation can become truly global if we can secure mental health in the Post-2015 development agenda. The BMG editorial rightly highlights that mental health is a worthwhile goal for sustainable development.