Health and Hope Can Prevent Suicide 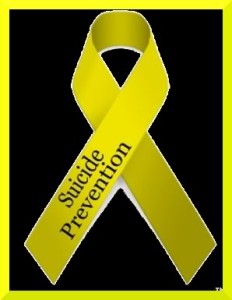 Every 40 seconds, an individual life is lost to suicide. The World Health Organization (WHO) calls it a #globalcrisis and estimates that the global suicide figure reaches almost one million every year. In every corner of the world, the number of people taking their own life is increasing. It is a known fact that suicidal thoughts are usually linked to mental disorders and the feeling of helplessness. Experts say that the expression of hopelessness in conjunction with a mental disorder — such as depression — represents a very dangerous warning sign.

September is Suicide Prevention Month. We must continue to shed light on the importance of talking about this link between mental health, hopelessness and suicide; and develop and discuss innovative ways to #stopsuicide and #preventsuicide globally.

Fundamentally, hopelessness is a feeling that life’s conditions can’t improve and that there is simply no solution to a problem. For many, that means that dying by suicide would indeed be better than living. But the fact is that most people who feel hopeless have depression, and untreated depression is the number one cause for suicide. In fact, numerous studies have shown that feelings of hopelessness, in conjunction with a mental disorder, can lead to suicide.

At the University of Pennsylvania’s School of Medicine, two separate studies were conducted– one which tracked close to 200 psychiatric outpatients deemed to be at risk for suicide, and another which tracked about 168 hospitalized psychiatric patients deemed to be at risk for suicide – both found that significantly more suicides occurred in the group of individuals who exhibited the highest levels of hopelessness. Researcher Jager- Hyman stated, “To prevent suicides, therapists would benefit from directly targeting patients’ thoughts of hopelessness in clinical interventions.”

What is often left out of public access, and often even advocacy, is that there is indeed #hope and #suicideprevention is possible. In fact, effective treatment of mental disorders, most often depression, can eliminate or substantially reduce feelings of hopelessness, and as a result, reduce the occurrence of suicide. Depression is highly treatable and the vast majority of people who receive treatment get better.

And yet, suicide rates are increasing globally. This means that this #globalcrisis persists because we are failing to educate on treatment and instill hope in the lives of the millions of people who are lost each year to suicide. Not only are we failing to educate and ensure access to healthcare and treatment for various mental illnesses, but we are also failing in providing hope to the millions of people who feel isolated and alone—to the extent that they choose death over life.

If suicide is to be prevented, we need to address the treatment gap in mental health globally and also stress the importance of promoting mental health and well-being throughout life. It is known that global suicide rates are highest in people aged 70 years and above. But suicide also is amongst our youth. Suicide is already the second leading cause of death in 15 to 29 year-olds globally.

A study by Professor Vikram Patel at the London School of Hygiene and Tropical Medicine shows that by promoting access to health care services, mental health education and addressing the social determinants of mental disorders, up to 80 percent of mental illness and risk to suicidal factors can be addressed amongst those under 29 years of age. This percentage does not even account for the health interventions put into place later in life should serious mental illnesses develop. Therefore, the evidence supports we must care for mental health at every stage of life.

It is in this spirit that the WHO has published its most recent report entitled, “Preventing suicide: A global imperative”, in conjunction with this year’s International Suicide Prevention Day. The WHO report claims that suicide is largely preventable. WHO recommends that “countries involve a range of government departments in developing a comprehensive coordinated response. High-level commitment is needed not just within the health sector, but also within education, employment, social welfare and judicial departments”. In summary, a multi-sectoral approach which seeks to address the healthcare concerns linked to suicide, alongside a rigorous social intervention programme which seeks to #teachhope, is the best strategy for reducing the fast-growing rates of suicide globally.

The good news is that in the WHO Mental Health Action Plan 2013-2020, WHO Member States have committed themselves to work toward the global target of reducing suicide rate in countries by 10% by 2020. Putting in place a new global advocacy strategy that examines and seeks to address suicide as a systemic health and social crisis will indeed give our nations and people #hope.