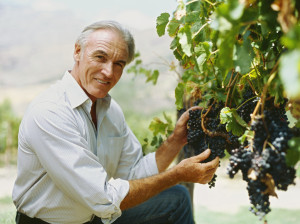 Depression is not a normal part of aging.  Studies show that most seniors feel satisfied with their lives, despite having more illnesses or physical problems.  However, when older adults do have depression, it may be overlooked because the elderly may show different, less obvious symptoms.  They may be less likely to experience or admit to feelings of sadness or grief.  Symptoms may be complaining of physical problems such as constipation, fatigue, or headaches or having difficulty sleeping.  Older adults with depression may appear confused, have memory loss, and be agitated.

Although many people assume that the highest rates of suicide are among young people, white males age 85 and older actually have the highest suicide rate in the United States.  Many have a depressive illness that their doctors are not aware of, even though many of these suicide victims have visited their doctors within one month of their death.  Suffering alone is not necessary and there is help out there.

Staying fit and eating healthy also help to prevent illnesses and disabilities that may cause a person to become depressed.  Life events such as retirement or loss of a loved one may be helped by having hobbies/interests and maintaining relationships with family and friends.

Luoma, J.B., Pearson, J.L., Martin, C.E.  Contact with mental health and primary care prior to suicide:  a review of the evidence.  American Journal of Psychiatry.  (2002).