In the last blog, I talked about the World Happiness Report 2013 and began to explore the links between mental health and happiness. I want to explore this in further detail here, to examine the issues which effect happiness in an individual’s life and the implications of positive mental health on these indicators. As I mentioned in the earlier post, and as the Happiness Report 2013 clarifies, mental illness is the “single biggest determinant of misery.” While the prevalence of the problems varies between countries, at any given time, around 10 percent of the world’s population suffers from some kind of mental illness. Among all the mental illnesses, depression and anxiety are most common—accounting for about a fifth of all disability globally. Naturally, this has an incredible effect on the output of individuals, societies, countries and globally! And as we’ve heard so many times before, people are not receiving treatment for these illnesses for which cost-effective treatments exist—not even in the richest of countries!

For depression and anxiety disorders, evidence-based treatments can have low or zero net cost, according to not only the latest Happiness Report, but a host of professionals working in the field. They can and should be made far more universally available. However, these are all post-illness measures and the majority of interventions have focused too heavily on tackling the issues surrounding mental ill health at a later stage in life, when illnesses have been brewing and developing for years.

But in order to successfully make the case for childhood intervention, a paradigm shift is required which would look to establish mental health as intrinsically linked to personal happiness and not just a medical illness. That is what the World Happiness Report seeks to do precisely, by pointing out that “schools and workplaces need to be much more mental health-conscious” and “directed to the improvement of happiness” in order to prevent mental illness and promote mental health. 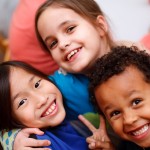 The importance of good mental health to individual well-being can be demonstrated, in fact, by reference to values, according to the World Happiness Report 2013, which sit “at the very heart of the human condition.” Here, the Report, for example, says that if the ultimate goal in life and the truest measure of well-being is happiness, it’s “hard if not impossible” to flourish and feel fulfilled in life when individuals are beset by health problems such as depression and anxiety. This couldn’t be truer. Further, an individual’s self-identity and ability to flourish are often influenced by their social surrounding, relationships and engagement with those around them, but with mental illness, these become increasing difficult to maintain and manage. Importantly, the other issue identified by the report is that once an individual loses the ability to manage thoughts, feelings and behavior, then happiness becomes a distant dream to them.

The focus then should be at promoting happiness in all spheres of life, at home, school, work, and, in effect, promote mental health too. This would mean fostering an environment, for example, where young people and young professionals would not be personally, professionally or socially pushed to be isolated, over-stressed, keep feelings bottled up and be accepted and nurtured to grow and develop on their strengths and manage their weaknesses.

Further, there is plenty of scientific evidence that links happiness (thus equating to the absence of mental illness) to healthy lifestyles, including getting plenty of exercise which releases endorphins – aka happy hormones – and eating right. Personally, meditation and yoga I believe are also great techniques which can be developed as a lifestyle to promote well-being overall. Teaching these kinds of lifestyle choices from a young age can also prove to be extremely fruitful in the long run to fight unhappiness and mental illness simultaneously. After all, while it’s necessary to further develop medical and social interventions – as is most popular today – to address mental illness, nipping the bud at the root would undoubtedly be the most effective approach!

Having said all of this, I am thrilled to say that iFred is already well on its way to adopting this model of intervention, through all of its work. From developing a positive image of depression globally, to educating children about the value of hope in schools, iFred’s work deserves not only praise on this account, but some serious up-scaling through global partnerships!.

A new article written by: