Young and Vulnerable: The biggest tragedy regarding youth mental illness is collective inaction

This year, United Nations International Youth Day (IYD), on August 12, has been designated to celebrate the importance of youth mental health with the slogan ‘Mental Health Matters’. This is an opportunity, particularly for low and middle-income countries, to highlight a vitally important—but utterly neglected—aspect of youth life. The neglect has occurred on many levels by both state and society. In a statement, UN Secretary-General Ban Ki-moon rightly highlighted the global urgency to address the stigma and discrimination of youth with mental health conditions.

For the majority of youth who suffer from mental illness, they are forced to live a life of rejection from friends, society and relatives. They are denied the status of ‘citizen’, social membership and basic human needs, robbing them of a dignified life. Around the world, mental illnesses play a significantly negative role in the development of hundreds of millions of youth and their social and economic inclusion and empowerment. In poor countries like Nepal, the young population with mental illness is in a particularly vulnerable position because of the lack of a public health approach in dealing with mental illness, the absence of basic support for their recovery from the state and the deeply entrenched stigma of their illness.

Coinciding with the IYD 2014, the United Nations Division for Social Policy and Development, the Department of Economic and Social Affairs has published an insightful report, ‘Social Inclusion of Youth with Mental Health Conditions,’ targeting global actors involved in the field of youth empowerment. I would recommend that youth activists and development workers in Nepal and abroad read this report seriously.

While the young years of life are usually considered to be the most physically active, healthy and energetic of one’s life, this phase is also one when people are most susceptible to mental health problems. However, in many low and middle-income settings, the latter risk is entirely ignored. I do hope that the exposure the issue is getting this year will be instrumental in changing the outlook of mental health, particularly of youth mental health, across the globe.

Nearly one fifth of the global population is comprised of youth aged 14 to 24 years. Almost 90 percent of these live in low and middle-income countries. In a study carried out by Professor Vikram Patel and his team, it is estimated that approximately 20 percent of youth experience a mental health condition each year around the world. Because the youth years are a phase of emotional transition and a time to nurture and pursue childhood dreams, the pressure to study well, find jobs and opportunities is also high.

Drug use, emotional and learning difficulties and disappointment are common. In countries like Nepal, socio-economic disparities and practices of early marriage and strenuous labour can make the situation worse, leaving young people more at risk of experiencing mental health problems than anyone else. Many studies suggest that over 70 percent of mental disorders start before the age of 16. One in nine children attempt suicide before high school graduation and 40 percent of those are in grade school.This is clear evidence that mental health services must be developed to target young age groups. 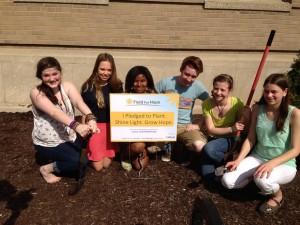 The prevention and promotion of mental health issues is the way to deal with the growth in mental health problems amongst the youth. Integrating mental health issues into school education is the most effective approach to prevent and promote mental well-being. With an ambition to institutionalise mental health education at the school level and teach hope from an early age, US-based entrepreneur Kathryn Goetzke and her team have just started a pioneering programme, Schools for Hope. This team strongly believes that we can teach our kids how to find pathways to hope, no matter what they experience and that ultimately, we can prevent suicide in youth and adulthood. If this programme is successful, it will be a revolutionary step forward in promoting and institutionalising emotional health and mental well-being.

The biggest tragedy regarding mental illness is collective inaction, which has perpetuated tremendous fear, uncertainty, helplessness, segregation, and hopelessness in the lives of those who suffer. Rather than the illness itself, a fear of social rejection and segregation leads almost a million people to commit suicide every year, with the majority of them young people. By promoting greater social inclusion and empowerment of youth living with mental illness in society, we can change this reality.

It is also vitally important to spread the message that effective services (both social and clinical) exist to manage all kinds of mental health problems. We need to build capacity and a knowledge base to address them. Now, we have to start demanding equitable investment for the mental well-being of the population by asking that the state make holistic mental health services available and accessible for all.

Lamichhane is global coordinator of the Movement for Global Mental Health